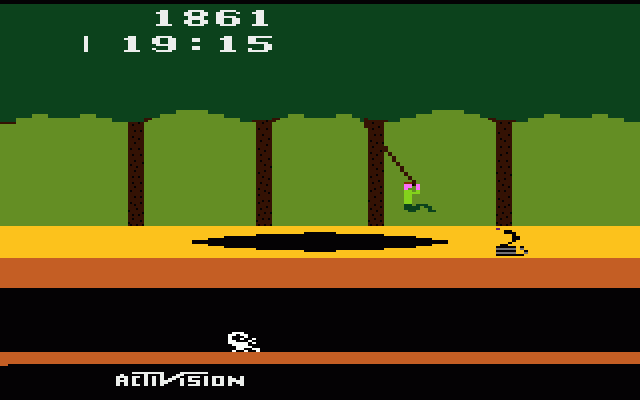 It’s so obvious from the outside to see everything falling apart. I pick up on every little detail that will ultimately lead to someone’s demise when I stand back and take it all in.  That’s the easy part.  The hard part is recognizing those character flaws and ominous events in your own life leading to your world collapsing around you.

This weekend, I was watching the movie Legend, with Tom Hardy.  I’m fascinated with British gangster flix.  Every time I watch these movies, all I can think is I was born in the wrong era.  I’m stroking my own ego with these thoughts, but I was always a savvy and resourceful criminal.

I admire the characters meteoric rise to power, then loath the inevitable crash.  I can pinpoint when the characters are going to slip up before it ever happens.  I get emotionally involved and incredibly sad when I realize their fate.  I’ve literally cried at the end of Carlito’s Way, RIP Charlie.  For once I want to see the bad guy make it out unscathed and live a normal life.  I guess it’s wishful thinking for my life and I want some visual evidence to prove it really can happen.

It’s usually the same old story over and over when powerful people lose it all.  Ego and pride are the two main suspects which lead to their downfall.  They think of themselves as bigger than they are, untouchable. I’ve been there before and life certainly has humbled me. Thankfully not to the extent of my demise, I’ve been lucky in that regard.

All these pitfalls seem so obvious and avoidable from the outside.  If they had quit while they were ahead or made a compromise to keep from going to war, everything could have worked out.  But in my own life I often don’t recognize what’s going on until it’s too late and turning back doesn’t feel like an option.  Once I’ve lost control I tend to destroy whatever is good in my life before I regain my composure.

Some days I feel like a slave to my character flaws.  They keep me confined to a life of having to second guess everything I do.  I fear if I don’t, they will run wild and ruin me.  I’m a damaged person.  The only way I can keep my issues at bay is to constantly check myself on a daily basis, otherwise, I’m fucked.

Everyday I have to ground myself with gratitude and humbleness, which is really difficult for someone like me.  Most days I want to be an egocentric asshole and live in a fantasy world where I’m special and great.

A week ago I found my ego boiling over.  I have a growing business that my partners, colleagues, employees, and myself have turned into something that could be very successful over the next decade or more.  I take a small salary and dividends from the business as it’s growing, but it’s nothing like I’m accustomed to.  My short term thinking starts kicking in telling me I need to demand more.  I created this company and grew it to where it is.  I’m the one taking it forward to become a real business.  I’m the one working long hours every day busting my ass to make sure everyone can reap the benefits.  It’s all me!  That’s where my ego wants to take me and that’s where I fuck up.

My ego wants to destroy all my relationships with everyone who’s built this business with me.  It wants to take everything good WE have done as a group and turn it on its head so I can watch it burn. That way I can stick to the narrative my mind wants me to believe, telling me I’ll never be good enough to make it in the legitimate world.  I become blinded with a false sense of pride and ego; then there’s only one way to go from there, down.

Truth is, I’ve done a lot of heavy lifting to help my business grow.  But without everyone one else involved, I’d be nowhere.  I have to remind myself of that fact or become self-consumed and lose focus of what’s really going on.

The one thing I’ve learned repeatedly is success can take you places that your poor character can’t keep you.  The keys to introspection and spotting your downfall before it happens are: be humble, be patient, be coachable and always be willing to look at yourself and your actions.  Realize no one is self-made, we all need help along the way in our journey.