Have you ever thought about smashing your way through Amsterdam your very first night in Europe?  Does water-boarding sound kind of rad to you? Then this is your show.  Special guest Natrebo of FilmEar.com joins KRS for another episode of Why The Hell Podcast.

This is the companion audio to Chris’s blog post: 1 Night in Amsterdam + 1 Cialis

This episode sponsored by SmashDiscount.com, use promo code WTH at checkout for Free Shipping and 10% off your order.  You can also support the show by clicking through our Amazon.com link when shopping.

I was nursing one of the most ungodly hangovers I’ve ever had in my life, on a bus full of relative strangers, on our way to Chamonix, France.  The night before in Amsterdam had been a complete shit show.  I wanted to sleep but I felt too sick.

A group of us gathered together in the back of the bus to play a game of Who Am I.  The way the game works is that everyone writes the name of someone famous on a post-it note and sticks it to someone else’s forehead.  The person playing can’t see the name on the post-it.  They ask the group yes or no questions to try and figure out who they are.  It was super fun and it took my mind off the fact my body felt like it was shutting down from all the abuse the night prior.

After about an hour of playing I couldn’t handle it anymore.  My hangover had gotten the best of me.  I had to get some rest.  I fell asleep.  When I woke up we had arrived at our hotel in Chamonix.

I got off the bus, grabbed my bags and entered the hotel.  I checked in with the hotel clerk and made my way to the elevator.   I was still a little out of it from my nap.  But I started to notice people were staring at me as I walked by.  I didn’t pay too much attention to it.  The only thing I could think about was getting to my room and laying down.

I turned and looked at my bus-mates as they broke into laughter.  I wanted to be mad but I couldn’t.  I was in hysterics, laughing at the massive dicks all over my face.  These assholes managed to draw all over me while I was passed out on the bus without me waking up.

Getting the dicks off my face was a huge pain in the ass.  Since they used permanent marker it became a huge ordeal. By the time I was done scrubbing my face with soap and rubbing alcohol I had pretty much forgotten about my hangover.

The part that really got me about this whole situation was the hotel clerk.  It was as if he was used to seeing people with dicks on their face come into the hotel.  He didn’t bat and eye or even smirk as he checked me in.  Nor did he bother to help me out and mention what was all over my face. Which I feel is kind of fucked up.  He just went about his day like business as usual. 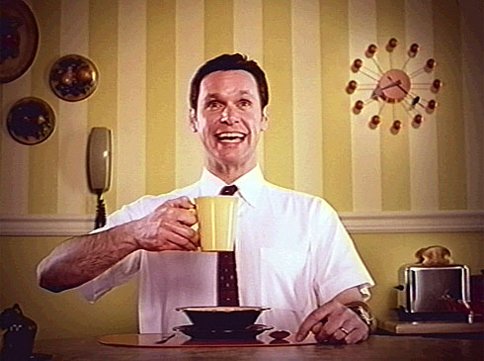 Ten years ago I took a bus tour through Europe.  Friends of mine were supposed to join me, but they all backed out.  I flew to Europe alone to meet the people I would spend the next two weeks traveling with. The tour started in Amsterdam.  Which meant bad news for making a first impression on my fellow travelers.

The first day in Amsterdam we all met at our hotel.  We were introduced to our tour guide and our roommates. The tour guide explained the trip and the ground rules.  The main rule we had to know was the bus would leave each city at a certain time and place.  If you were not there on time they would leave without you.  It actually happened to several people.  It almost happened to me.

Most people had roommates they knew because they booked the trip with them.  I on the other hand was roomed up with a shy, awkward, creepy Canadian who I called “The Dungeon Master.”   I don’t recall his real name, but the moniker I gave him seemed to fit.  I pictured him living in his parents basement, dressing up, playing Dungeons and Dragons, while hurting small animals.  Eventually, everyone on the trip referred to him as The Dungeon Master.

He never said a whole lot.  I tried to be friendly, but I can be a bit overwhelming.  Minutes after meeting me for the first time, I started a conversation about drinking, smoking weed at the coffee houses and having sex with hookers in the Red Light District.  I was 25 at the time and in Amsterdam so It seemed like pretty normal conversation for the circumstances.  I guess I didn’t gauge his personality quite right.

The Dungeon Master wasn’t a huge fan of mine.  As a matter of fact, he expressed his hatred for me and my antics to anyone who would listen.  He even went as far as to proposition several people about trying to trade me as a roommate.  Unfortunately for him, no one else wanted to deal with me either.

On the last night of the trip the Dungeon Master let loose and got hammer-time drunk.  Two girls we were traveling with thought his behavior was so funny they filmed him.  They started up a conversation by asking him questions about his experience on the trip .  He went off on a tirade ripping into me and telling the girls how horrible it was to be my roommate.  He said having to room with me felt like torture.

Then out of nowhere he switched tracks and dropped a bomb on them.  He went into intimate detail discussing how he had gotten double teamed by a couple of dudes in Amsterdam.  It turned out The Dungeon Master was gay.  He came out of the closet, on film, for the first time.   His hatred for me combined with too much alcohol, allowed him to share his biggest secret with the world.