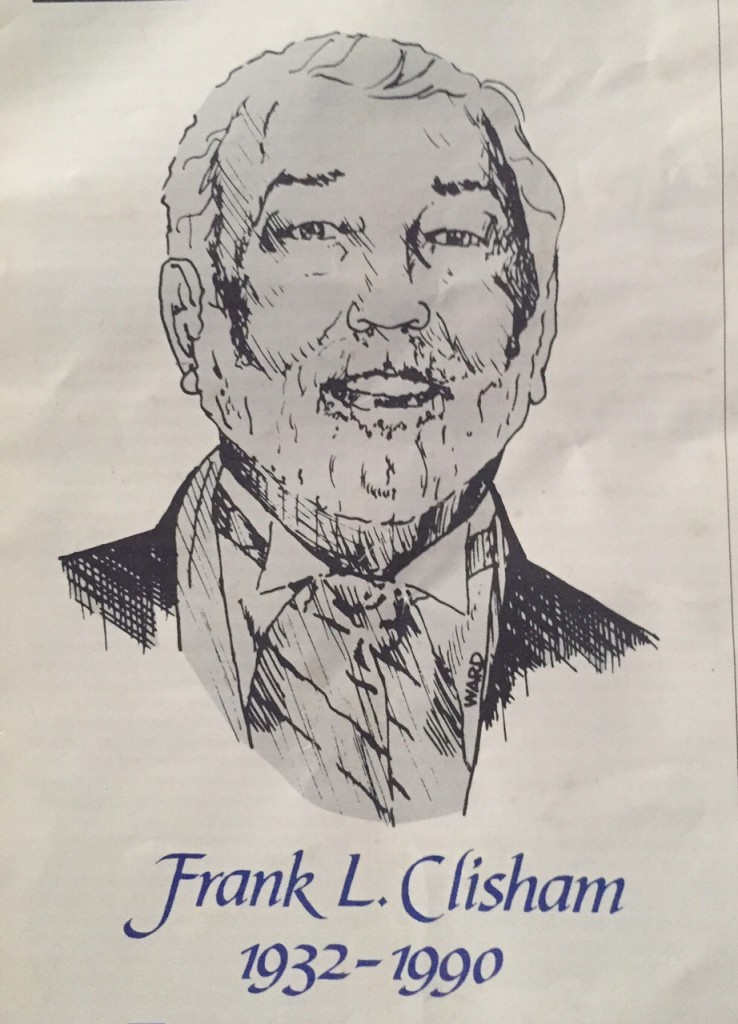 Working with addicts and alcoholics was his passion.  He understood the message and purpose; paying it forward helping 1000’s of those afflicted with the disease.  He worked diligently in New Jersey, fighting to better the lives of others.  In his obituary a friend described his passion for what he did by saying, “The man just didn’t know how to mince his words when the bottom line issue related to the quality care for and alcoholic in treatment and the ability of the facilities to deliver that care.”

He and his business partner bought and old monastery in Lafayette, New Jersey.  They turned it into a drug and alcohol rehabilitation center and named it The Sunrise House Foundation.  He took over as CEO, it was his passion.  I remember spending time there as a child.  Everyone knew I was Frank Clisham’s grandson and treated me like a prince.

Pop Pop knew everyone at Sunrise House.  When we walked around the grounds I noticed he spoke to everyone in the same compassionate, but matter of fact manner, regardless if they were a patient or a colleague.  The level of admiration people had for him was astonishing.

My last memory of my Pop Pop is the greatest illustration of how strong and loving of a man he was.  My mother took me to visit him at his home after he was released from the hospital.  I was sure this meant he was cured and all was well.  He no longer had to use an oxygen tank or have any tubes in him.  I was certain he had beat cancer.

We played and laughed all day.  He was happy, energetic and healthy.  But it was all a facade he put up for me.  He wanted to be the Pop Pop I always new, not a man on his deathbed.

I found out many years later he refused to let me see him sick and run down.   He was so exhausted from spending time with me that he slept all night and the following day.   I will always cherish that day.  As I type, tears are running down my face thinking about the sacrifice he made.  He wanted my last memory of him to be as he always was: strong, loving and full of life.

I can picture the day I heard the devastating news of his passing like it was yesterday.  My thoughts, emotions and surroundings are crystal clear.  I came home from school and my mother was in the kitchen.  She saw me and said she needed to tell me something.  We walked in my room and she told me Pop Pop had passed.  I buried my face in my pillow, cried and screamed for what felt like hours.  There was no consoling me.

I was the light of his life.  I was not his biological grandchild, as he had no children of his own, but it didn’t matter.  I was his grandson and he was my Pop Pop.  He was the only reason I’ve ever known what pure love feels like from another man.  He was my father figure, as my father wasn’t equipped with the right skills.

The story of his life gives me hope that it’s never too late for anyone to turn their lives’s around.  His life and mine parallel each other closely in many regards.  We both wasted many years because of our addictions and lifestyles.   We both picked our early 30’s to start turning our lives around.  Also, we both developed liver cancer.  It unfortunately took him too soon.  I will fight and beat cancer as I am not ready to move on.  I have not made my mark in the world as he had.  I know he is watching me and will help me win this battle.

I miss my Pop Pop every day.  I wish he could have seen me grow up and turn into the man.  I’ve always wanted to make him proud.  Even when I was doing wrong and living a life less than what I was capable of.  The thought of him watching down on me has been one of the biggest driving forces for change in my life.  I love you Pop Pop.