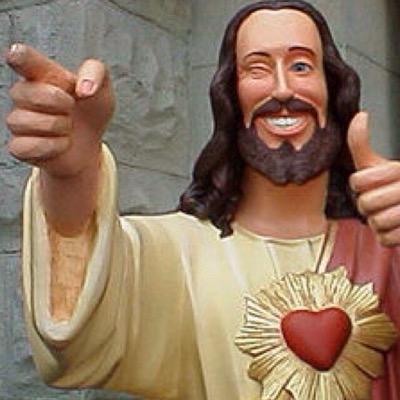 I saw him; staring me in the face with all his holiness and purity.  Immediately I felt guilty and my shaft went soft.

A few years back, my friend and I got together at a strip club in Orange County.  We were “those strip club” type of guys – Muscular, tattooed, attractive, with somewhat sordid morals.  Overall, the type of guys strippers wanted to meet in the club when they weren’t looking to make money.  No, I’m not proud of that statement, I’m simply stating a fact for the context of this story.

At this point in my life, I was making a living as an unlicensed, alternative-market pharmacist (to put it nicely).  I had all the free time in the world, but my friends had to work.  Instead of learning and bettering myself, I spent my days hanging out at strip clubs: eating steaks, drinking and meeting strippers.  Yes, the food is delicious at some strip clubs, especially the filet.

I felt comfortable in strip clubs.  Like I belonged.  I always made friends with the people who worked there.  Everyone from the bathroom attendants to the owners.  It’s cliche for someone in my previous line of work to date a stripper, but it was easy for me.  They liked me; and not in the “It’s their job to like everyone” sense.

I clicked with strippers.  There were numerous commonalities: loads of free time,  partying, promiscuity, daddy issues, a taste for nice things and bad relationships.

I got off track; back to the story.  My friend and I were at the club for maybe 30 minutes when two girls approached us, sat down and started to chat.  Twenty minutes later she asked if I’d like a lap dance.  Normally I say no.  Even though I’ve spent so much time in strip clubs, I rarely get lap dances.  They make me uncomfortable and feel bad about myself.  Everyone getting a lap dance looks like the world’s saddest perv.

But I said yes and we went back to a private room.  I had a feeling if I got a lap dance it would lead to much more.

From the moment she started dancing I was turned on.  We started kissing and groping one another.  When she got naked and turned around I noticed a portrait tattoo on her lower back.  I didn’t pay much attention to it, as I was more focused on trying to fuck her.

As she bent over to put her ass on my face I got a closer look at the tattoo.  She moved away slowly and it all became clear.  I saw his eyes peering into my soul, judging me for my sins.  It was Jesus.  I was horrified.

I quickly shoved her away and ended the dance.  When she asked what was wrong  I said, “you have Jesus on your back, I can’t have him looking at me while you dance.”  She laughed and thought I was joking.  When she realized I was serious she became quite upset, grabbed her lingerie and stormed out of the room.

I grabbed my friend and told him we needed to leave.  I explained what went down, but all he could do was laugh and make fun of me.