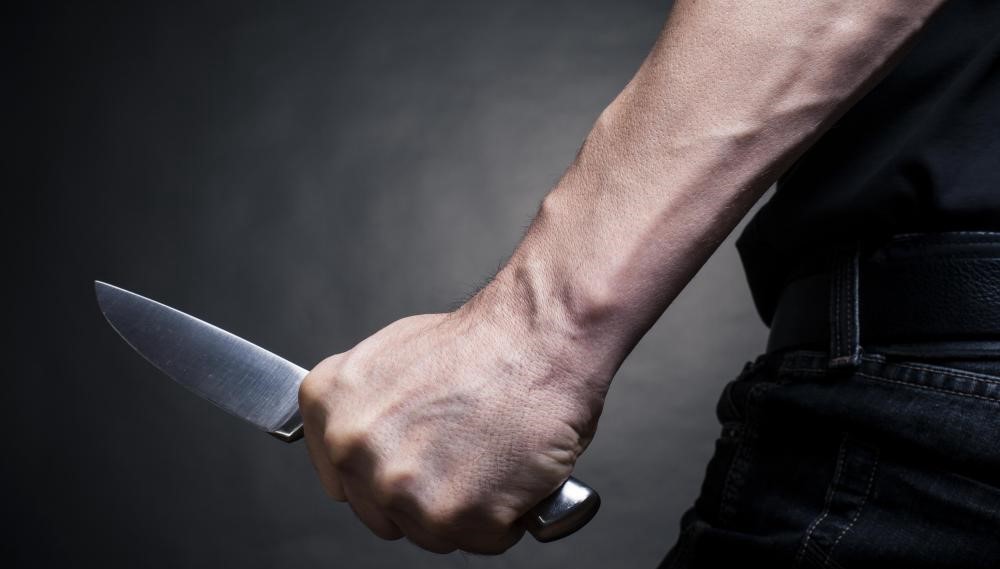 13 years ago my friend Sober Joe and I were walking down the street at my Alma Matter. The bar had closed and we were going back to his house.  Out of nowhere a girl ran out of her house wearing nothing but a blood stained bra and underwear.  This seemed a bit odd, even for that college town.  She was crying and babbling about how some Townies jumped her boyfriend in the alley.

We followed her back to see what had gone down.  About 15 college kids were standing around talking a bunch of shit.  Some had some weapons, like bottles and one had some sort of stick.  I don’t know what the fuck he thought he was going to do with a stick?

They explained what happened and how their friend was beaten up pretty badly.  “Townies jumped him bro,” they shouted.  As with most college towns their is always some Outsiders type struggle between Townies and College kids.

Joe and I decided to get involved in something we had nothing to do with us and lead the charge to go look for these guys.  We found them a block away.  There were 8-10 of them.  We had double their numbers, but I knew damn well 75% of the college kids would never get involved.

My buddy Joe instantly got into an argument with one of the Townies.  Back and forth they started talking a bunch of shit.  Joe was known for running his mouth so what proceeded escalated very quickly.

The one Townie had a knife in his waistband.  He flashed it to us during the exchange of words.   Kind of like the scene from Boyz N the hood, but much less serious.  I took one look at him and said “fuck you and your knife.”  Smart, right?

Joe dropped his six-pack and charged at the guy he was arguing with.  They started fighting. Then a couple more people joined in on the melee.

I saw the guy with the knife pull it out and charge towards Joe.  As fast as I could, I grabbed the guy and threw him against a telephone pole, knocking his knife out of his hands.  He fell to the ground and I got on top of him, punching him repeatedly.

I felt one of his friends grab me and pull me off of him.  We started wrestling until I was able to hip toss him off of me.  I know, I know… I’m making myself sound like a ninja warrior.  I’m really not that tough.  This is just how it went down.

When I turned back around to the fight, the guy who had the knife swung at me wildly.  His arm went around me and hit me in the back.  I punched him square in the jaw and knocked him down.  As he fell, I saw the blade of the knife pass inches from my face.

All of the sudden the fight just kind of ended.  The adrenaline was pumping.  Everyone was staring at me.  I could tell by their faces something was wrong.  Then I heard a girl say “your back.”

I reached around to my back with my right hand, just inside my shoulder blade.  I felt nothing but wet.  When I pulled my hand back around it was covered in blood.  I looked over towards the guy who stabbed me as he and his friends were running away.  I clearly remember him yelling out “fuck you, I got kids to feed; I told you I’d stab you.”  I have no idea what his children had to do with stabbing me, but he definitely one upped me.

The fact that I had been stabbed started to set in.  I could feel the blood running down my back and legs.  I started to panic.  I decided my best course of action was to run down the street like an asshole, trying to find a ride to the hospital.  I ran into a guy we called Powder. He barely knew me, but when he saw me bleeding he offered to give me a ride.  I jumped into his car and we rushed to the hospital.

I walked into the emergency room yelling “hey I got stabbed can someone help me.”  The nurses saw all the blood and quickly took me back to a room.  They cut off all my clothes and laid me down naked on a cold steel table.

I was super nervous, naked, cold and embarrassed by my exposed shrunken penis.  I made jokes and flirted with the nurses.  I asked them if they liked my ass and promised them I was grower not a show-er.  I was scared, jokes are how I cope.

The Doctor wasn’t pleased with my behavior.  He told I was acting inappropriately and I needed to watch my language.  He went as far as to say that if I didn’t stop he wasn’t going to help me.  Being me at  23 years old I replied  “you have to help me, you took the Hippocratic Oath.”  He liked that even less.

The medical team made sure my lung wasn’t punctured and stitched me up.  The nurses allowed Joe and some friends to come back and visit me.  One of my friends was going through this “gay phase” in his life.  He kept trying to kiss me while I was doped up and defenseless in my hospital bed.  It made the night that much more awkward and uncomfortable.

Joe was crying and kept apologizing.  I was high as shit from the meds they gave me.  All I wanted to do was sleep.  The nurses told everyone they needed to leave.  Joe refused and started to cause a little scene.  I asked them to let him stay so it would defuse the situation and I could finally get to rest.

When the nurses left Joe sat down in a chair and fell asleep instantly.  I on the other hand couldn’t sleep for more than a couple minutes at at time.  Not because I was in pain or uncomfortable, but because Joe snored so loud, all night long.  It was like trying to sleep next to a buzzsaw.

To wrap this story up, Joe pissed himself while sleeping in the hospital and I was released the next day.  Explaining this to my mother was a fun time.  But at least I have street cred now.