“You were too busy sticking steak knives in your pee hole”

I had totally forgotten about some of the odd shit I did in college.   Until an old teammate decided to post that comment for the world to see on Facebook.  Maybe I suppressed those memories or maybe I really had forgotten them.  I used to do a lot of drugs and took several blows to the head, so it’s possible.

It’s amazing to think that I used to stick objects in my pee hole in front of numerous people.  Whats even more mind blowing is that there was always a girl who would witness my ridiculous actions and still say to herself, “Yeah, Im going to fuck that guy tonight.”

Looking back on my bizarre and almost unfathomable behaviors in the past I cringe.  Occasionally I laugh.  Knowing I shoved things in my pee hole is still pretty amusing to me today.  I wouldn’t want to do it again, but I still giggle a bit.

I’ve talked to so many people who say, “If I only could do it over things would be different.”  I’ve said that same statement more times than I can count.  But I’m not sure its necessarily true.  I don’t know that if give then chance I would do anything different.

I made my decisions based on the information and life skills I was equipped with at the time.  Many of my actions didn’t, and still don’t, feel like they were right.  Some have caused me a great deal of pain and suffering.   Other choices felt wrong at the time, but have paid off many times over.

Eight  years ago I left my career in Corporate America to be a full time drug dealer.  I  wonder what my life would look like had I chosen a different route.  Where would I be right now?  What type of career would I have?  Would I be more successful?

Then I realize it doesn’t matter.  The exercise of looking back and wondering is futile.   More than likely, even armed with the information I know now, I still would make the same decisions.

The reason being is I know where my life has gone and I’m happy with the majority of it.  If I made different choices I fear I wouldn’t have had the same life experiences, fallen in love, or lived in the manner I have for so many years.

Who knows were I would be or what my life would look like if I had made different choices.  Maybe my life would be better.  But maybe I wouldn’t have met the people I met or learned the lesson I’ve learned.

Life is about experiences and my life has been rich with them.  I treasure my experiences, even the really shitty ones.  For better or for worse they created the person I am today.

Love and embrace who you are today.  Don’t hate and regret your past.  Instead use it as a road map to build a better future. 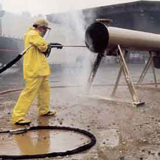 As soon as I came everything was so much clearer.

All day I moped around and struggled to deal with my feelings.   My body felt like it was shutting down from all the partying these past few weekends.  I couldn’t think straight.  I went back and forth in my mind hemming and hawing over decisions I wasn’t ready to make.

I made a trip to Baltimore this weekend to attend a friend’s birthday dinner.   I used that as an excuse to text my ex-girlfriend and ask her if we could get a drink and talk.  She told me she wasn’t sure.  Then immediately said she would meet me.

Now I know damn well this wasn’t the best idea.  But I wanted to do it, so I did.  It wasn’t a horrible experience.  I hadn’t seen her for the better part of six months.  Feelings came back that I was pretty sure weren’t there anymore.  My anxiety and inability to stay present rose to incredibly high levels.

I tried writing today with very little success.  I managed to jot down a couple sloppy paragraphs.  But, my mind was being hi-jacked by my thoughts.

To get my mind off of things I made plans with a girl I see occasionally.  She was supposed to come over at 8 PM to hang out and have sex.  I received a text around 5:45 with her excuse of why she couldn’t make it.  She prefaced the text with, “please don’t hate me.”  This made me hate her a little bit more.

She wants to be my girlfriend, that’s the real problem.  I feel bad because she’s a good girl that deserves a good guy who wants to be with her.  I know I should cut this off before it ends poorly.  I also know that sometimes I want to be selfish.

Two minutes after I finished it was like a cleaning service went to work on my mind.  All the clutter was removed and I could suddenly see things more clearly.  I realized I need to make clear cut decisions about what I want and go after it in a direct manner.  I need to be confident enough in myself to know that I can make it through whatever happens and stay on my path.  That’s more important to me than the actual outcome.